Please wait...
Is this your Agency? Claim this profile 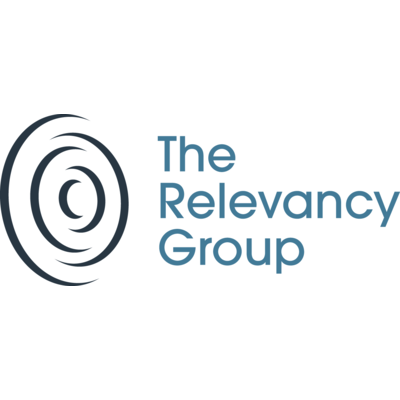 TRG can craft custom research and marketing programs for vendors to deliver acquisition success for brands at any stage of their growth life-cycle. Multiple times per year, The Relevancy Group (TRG) conducts hypothesis driven surveys with marketing executives and with consumers on subjects relating to marketing challenges, digital behaviors and preferences, and vendor satisfaction/rankings. TRG is committed to conducting more research on these topics than any other firm that dedicates researchers to the client experience.
Read More →

David Daniels, Nicholas Einstein and other members of The Relevancy Group (TRG) team are seasoned public speakers who have headlined events across the United States and in numerous foreign venues including Barcelona, London, Hemel Hempstead (Hertfordshire), Milan, and Stockholm. In Webinars or in-person, they deliver trend analysis to help establish new marketplaces. The Relevancy Group is known for their passion and ability to educate the audience in a fun and engaging way.
Read More →

The Relevancy Group (TRG) delivers a collection of research reports and advisory guidance including analyst access on any of these topics. Subscribe for a collection of research that transcends research roles to access a team of analysts with one interaction. With half a dozen surveys and 4 to 5 buyers' guides each year, TRG is focused on delivering the highest touch and ultimate quality of a research customer experience.
Read More →
Connect with The Relevancy Group

Stay on top of the latest marketing technology and trends with our weekly newsletter.

You can also stay updated by following us below